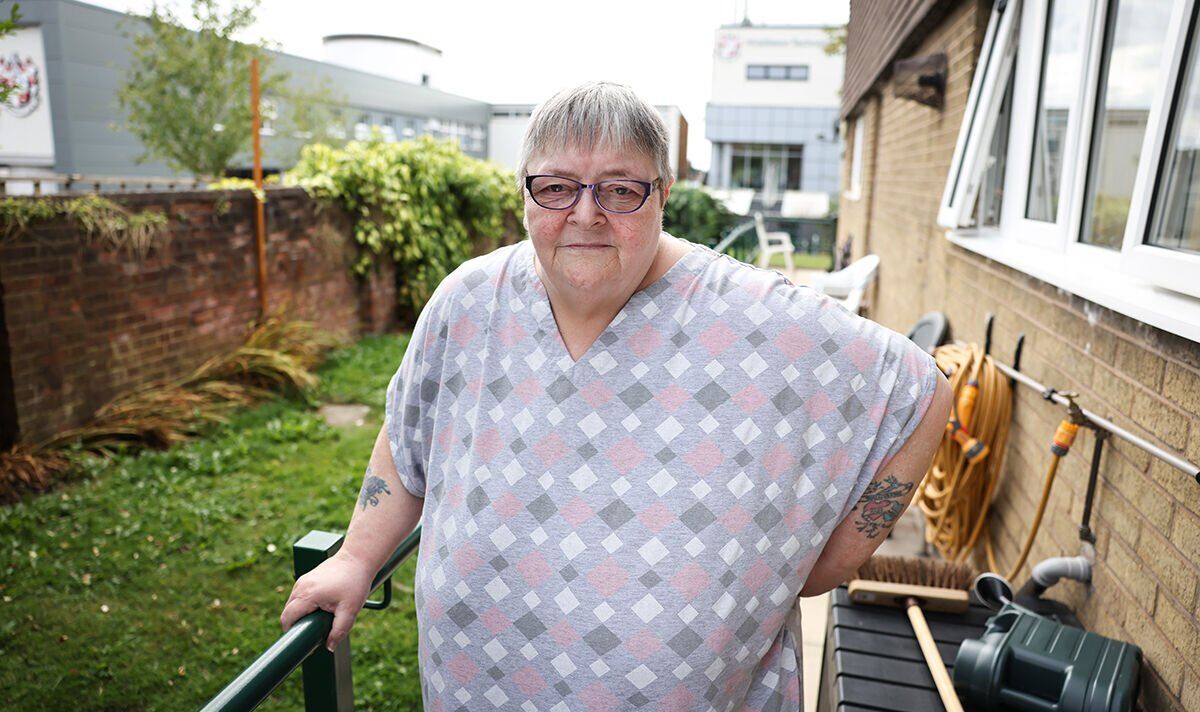 Pamela Griffin claims that since moving into the property, which is managed by Rochdale Borough Housing (RBH), she has not been able to access the garden. The 67-year-old added that she had no choice but to hang her laundry outside on a line tied to her house as she could not afford to use her clothes dryer in due to skyrocketing electricity bills.

RBH manages the site, which is made up of numerous bungalows.

Pamela has a small fenced garden to the front of her property, but says the green railings and metal gates mean she and her neighbors cannot access the grassy area that winds its way around the back of the houses, Manchester reports Evening News.

She suffers from Parkinson’s disease, back problems and diabetes, and is generally confined to her home.

Pamela said: “You can’t go on the grass outside the house at all. Now all these bills are going through the roof, we can’t afford to use the dryer, so we want to hang our laundry outside.

“The handrail goes from the start of the house all the way around the three bungalows, so there is no way to get to the grass. We have to try to climb under or over it, which is very difficult to One of my neighbors is 70, so she can’t do that either.

“I’ve tried to get in touch with the council and RBH and it never seems like anyone knows who I need to talk to. The weather has been absolutely glorious for the past few months and there’s no way out to enjoy it.”

Pamela, who says her neighbors are also suffering from not being able to access the grassed area, says she only asked for a small part of the railing to be removed so she could get out more easily.

The site, on Stuart Street, Middleton, is run by RBH. They said they would consult with residents to find a solution, but the adjustment of the railings currently would cause concerns for the safety of residents living on the premises, many of whom have visual impairments.

“All we asked for was that a space be removed so we could get on the grass or just sit down,” Pamela added. “I didn’t ask for it to be put there and all I want to be able to do is sit outside my house.

“It’s been going on since I moved in two years ago and I’m fed up now. The weather has been great recently and we can’t even go out.”

A spokesperson for Rochdale Borough Housing said: “The Stuart Street railings were installed about a decade ago as a safety measure for older residents. Adjusting the railings while maintaining the safety of current and future residents, particularly those with visual impairments, would lead to concerns about the safety of those living in the project.

“We are examining whether alternative access to the grassed area can be made available and will discuss with residents the best solution.”