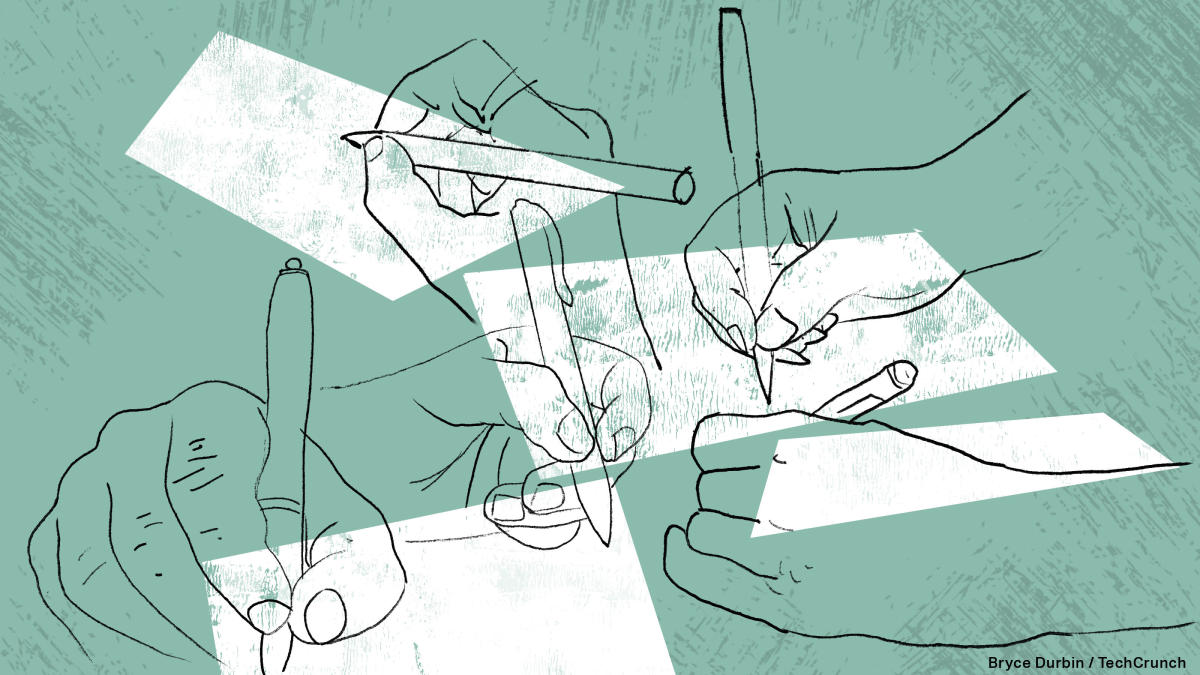 Welcome to The Exchange! If you received it in your inbox, thank you for subscribing and for your vote of confidence. If you read this as a post on our site, subscribe here so you can receive it directly in the future. Each week, I’ll take a look at the hottest fintech news from the previous week. This will include everything from funding rounds and trends to analysis of a particular space and hot shots on a particular company or phenomenon. There’s a lot of fintech news out there and it’s my job to stay up to date – and make sense – so you can stay up to date. Let’s go! — Mary Ann

I was mostly away last week, so this edition of The Interchange might be slightly less dense than normal. A few observations though. We’ve seen fewer layoffs, but also less news related to fintech in general. Things were generally fairly quiet and less contentious than in past weeks. Honestly, we’re really looking forward to this quarter being over so we can dig deeper into the numbers to see how much the funding landscape has changed compared to 2021. Until then, we’ve looked at some recent numbers.

My dear friends and co-hosts on the Equity Podcast, Alex and Natasha, discussed the fintech funding market last week not once, but twice – here and here. Meanwhile, it felt like there was a bump in fintech-related funding announcements. It made me curious enough to reach out to my old friends at Crunchbase for data on how much fintech startups have raised in recent weeks. (Keep in mind that this is preliminary and there is also a lag – so there will most certainly be more bids and dollars reported for the same time periods in the future.) I mostly expected to see an increase in numbers. And I did, sort of. Here’s what the data showed: Globally, funding was up ever so slightly in terms of dollars raised, but deal volume was down significantly last week compared to previous weeks. Specifically, Crunchbase found that fintech startups raised $1.5 billion from June 16-23 across 39 deals, compared to $1.4 billion from 53 deals the previous week and $1.2 billion from 59 deals. 2 weeks ago. This tells us that there were more early-stage deals closed earlier this month, whereas last week we saw significantly fewer deals but larger round sizes.

For the record, Crunchbase defines fintech as companies that integrate technology into the financial services sector.

Takeaway: Fewer funding deals are closing in the fintech space, and during the month of June at least, investors seemed to be taking more bets on later-stage companies, so dollars raised actually increased as the month progressed. That means it’s likely increasingly difficult for early-stage companies to win over VCs, who would apparently do more due diligence and demand more traction than in the whirlwind of 2021.

Buy now, Pay Later (BNPL), estimated at $120 billion in 2021, has grown significantly in recent years. But for most of its rise to virtual checkout prominence, BNPL has largely targeted everyday consumer goods like clothing from Urban Outfitters or a Peloton. Now, the credit method goes beyond its e-commerce roots. In recent months, large companies have joined the BNPL market, also hoping to quickly approve consumers for installment loans. Rebecca Szkutak digs here.

Speaking of BNPL, the Swedish Klarna has (finally) launched a new loyalty card feature in its app, which it says allows users to store and access all of their physical loyalty cards as digital versions, eliminating the need to carry physical cards when shopping. of their in-store purchases. The company is clearly striving to increase its user count given that its valuation has reportedly been reduced from $45 billion to $15 billion, a reduction that our own Alex Wilhelm deems “high enough.”

Scoop: Three more top executives of digital mortgage lender Better.com have quit, I reported last week. These three executives are Jillian White, managing director of Better’s affiliated businesses known as Better+, which consists of its title/settlement, insurance and home inspection services; Megan Bellingham, who was senior vice president of sales and operations; and John Moffatt, who served as vice president of sales.

Brex released a mea culpa this week after its shocking announcement last week to stop working with SMEs. Pedro Franceschi, Founder and Co-CEO, addressed the issue in a blog post titled simply “About last week’s announcement”. In the message, Franceschi expressed regret for the “poor job explaining this decision, which eroded some of the precious trust” that Brex had built over the years. He also outlined the criteria a company must meet to qualify to remain a Brex customer.

Speaking of Brex and SMEs, Tillful – a free business credit app built by VC-backed startup Flowcast – announced last week that it is launching a new feature for its users through a direct partnership with Experian in an effort to better inform business credit scoring in SME/SME lending . The startup says it’s a “one-of-a-kind partnership” between a fintech and a major credit reporting agency “with the aim of making credit risk assessment more ‘open'”. Flowcast has developed AI-powered credit models for lenders and is backed by ING Ventures and BitRock Capital. Since launching Tillful, over 50,000 small businesses have signed up to help manage and grow their business credit.

This is where it gets even more interesting in light of the latest Brex news: Flowcast’s latest move, a spokesperson told TechCrunch, reflects its “SME doubling.” Brex, the spokesperson added, was actually one of its partners, but Flowcast hadn’t heard from them “for some time as they stopped engaging” with the company. months ago: “We haven’t received any communication from them either for a long time. Both Brex cardholder and lending partner, but we are leaving their platform and will use our own card instead.

Meanwhile, Mercury – a digital bank for startups – says it has already seen hundreds of new accounts arrive on its platform following the Brex announcement and is “seeing more every day”. , a spokesperson told TechCrunch on June 24.

Brazilian digital real estate broker QuintoAndar launched last week in Mexico City, the first time the startup has expanded outside of its home country. It will operate in the country under the “Benvi” brand, which will be the international name of the proptech. Last August, QuintoAndar announced that it had raised $120 million at a valuation of $5 billion. In April, the company laid off 160 people, or 4% of its staff, making it one of the few highly regarded Brazilian startups to cut jobs.

While we’re talking about LatAm, Brazilian digital bank Neon announced that it has hired a Silicon Valley tech veteran who has held roles at Google, Snap and Coinbase as its new chief technology officer. André Madeira is the former co-founder and CEO of Meemo, which was acquired by Coinbase last year.

SumUp raises $624m at an $8.5bn valuation, with its payments and commerce technology now used by 4m SMBs

Well, that’s all for this week. Again, thanks for reading – enjoy the rest of your weekend! See you next time. xoxo, Mary Ann