Impact of microfiber pollution on the environment

The textile industry has seen progress since the advent of the industrial revolution. Technological improvement has led to the introduction of new technologies, new tools, new techniques and ultimately changed the demands and demands of consumers. Customers began to demand higher quality products with better performance and good after-sales services. Industrialization has led to an increase in the production and use of synthetic fibers, while the limited supply has reduced the use of natural fibers. This has led to an increase in the production of synthetic fibers over the past decades. The growth in population has also added to the increase in demand for new and various types of clothing and textiles. Simultaneously, microfibers are increasingly being used in various items such as upholstery, clothing, etc. The increased use of these synthetic fibers has led to various environmental and other health issues.

From an environmental perspective, some of the emerging issues of the current decade include plastic and microfiber pollution, lifestyle chemicals, deep sea fishing, habitat destruction, marine renewable energy, capture and exploitation of carbon from methane hydrates and environmental impacts. Among these, the problem of microfiber pollution is one of the most serious.

Microfibers are synthetic fibers finer than a denier. A microfiber is smaller than the diameter of a strand of silk and is about one-fifth the diameter of a human hair. Microfibers are made from polyesters, polyamides or a combination of polyester, polyamide and polypropylene, eg nylon, kevlar, nomex, etc. Microfibers are used to make carpets, knits and weaves for clothing, upholstery, industrial filters and cleaning. some products. These microfibers have advantages or characteristics, such as softness, absorbency, water impermeability, electrostatics and filtering capabilities.

The textile industry is considered one of the most polluting in the world (Muthu, 2014). Harmful chemicals and high energy consumption, in addition to water consumption, waste generation, transportation and non-biodegradable packaging materials, cause major environmental pollution. Microfibers are small plastics that are released during laundry and are harmful to the ecosystem. Washing clothes typically releases around half a million tonnes of microfibers into water bodies, which is equivalent to dumping around 50 billion plastics into the oceans each year. Steer et al. (2017) also found that 2.9% of fish larvae had ingested the microplastics and were affected by the microplastics.

Ecologist Mark Browne led a project in 2011 on sampling and studying sediments along the shores. He found that 85% of man-made debris on the shore was microfibers, with the greatest concentration found near sewage outlets. This suggests that the main source of microfibers is washing clothes.

In other tests, he found that a garment can release more than 1,900 microfibers in a single wash. Browne and his team took their findings from at least 18 sites on six different continents. He found that it was not a localized problem. The majority of microfibers have been found to consist of polyester, nylon (polyamide) and acrylic.

A moderate load of laundry releases 20 million microplastic fibers, according to the Plastic Soup Foundation. Almost two-thirds (63.1%) of the average 3.2 million tonnes released each year as primary microplastics into the environment are due to leaching from synthetic textiles (34.8%) and erosion of tires while driving. (28.3 percent).

For example, it is estimated that a single synthetic fleece jacket releases around 250,000 microfibers when washed.

According to an IUCN report, it is calculated that 35% of microplastic pollution comes from the washing of synthetic textiles, with Europe and Central Asia alone dumping the equivalent of 54 plastic bags of microplastics per person every week in the oceans.

Classification based on release source

Some of the microplastic ingredients

According to a 2015 UNEP (United Nations Environment Programme) report on “Plastic in Cosmetics” and a TAUW report on “Test to Assess and Prevent the Emission of Primary Synthetic Microparticles”, some of the ingredients microplastics are: 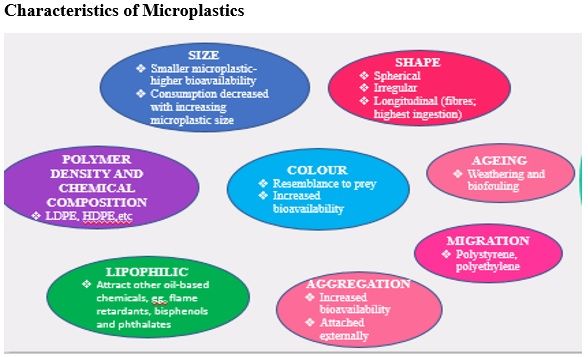 Effect of microplastics on sea creatures 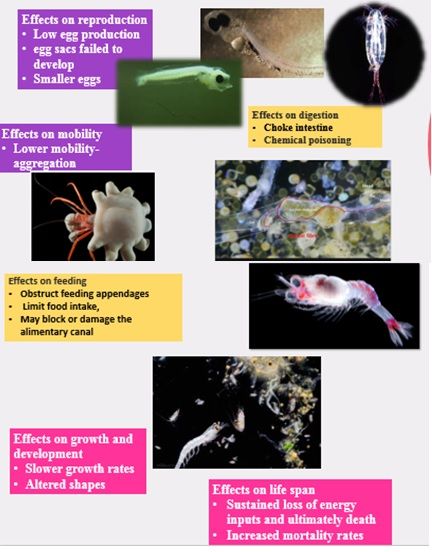 The transfer of microplastics from prey to predator through the food chain has not been clearly demonstrated. However, one study looked at participants from Finland, Italy, Japan, the Netherlands, Poland, Russia, the UK and Austria for potential human health effects. He found that:

• On average, 20 microplastic particles were found in every 10g of faeces.

• Microplastic particles could affect the immune response of the digestive system or promote the transmission of toxic chemicals and pathogens.

• Microplastic particles can enter the bloodstream, the lymphatic system and even the liver. Animal studies also show that microplastics can cause intestinal damage. 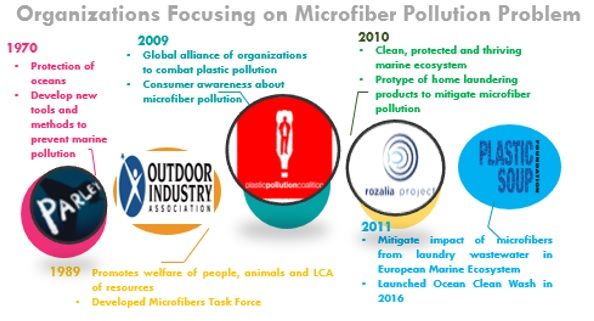 Solutions for the prevention of microplastics

• Raising awareness of the issue of microfibers

• The loss of microfibers during the washing process can be reduced by washing at low temperatures, using liquid detergent instead of washing powder, using fabric softener and washing at full load.

• Wash less often and use a front-loading washing machine

The first step to solving the microfiber problem is to raise awareness. To date, there are no international laws regulating the release of microfibers from textile products. Microfiber pollution is causing international concern over the volumes of synthetic clothing made by many retailers and brands. The problem of microfiber pollution has various solutions that can significantly reduce the amount of microplastics entering the environment. There is a need to raise concern and put laws in place to regulate the release of microfibers. But at the end of the day, everyone must do their part to reduce the problem of plastic pollution by following ‘Buy less and better; wash less and better”.