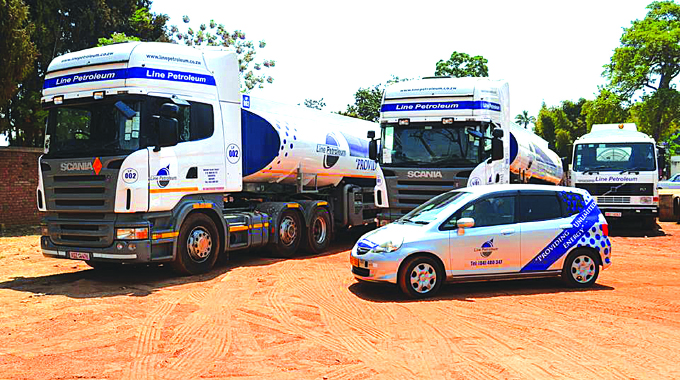 Line Petroleum principals are currently in Dubai, UAE, to close and operationalize the deal and kick off the implementation of the multi-million dollar deal.

In an invitation letter dated June 17, 2022, SJ Glokal Oil Trading, a unit of SJ Global Investments, Chairman Peter Samuel said his company had invited the directors of Line Petroleum to their offices in Dubai to complete the deal. with Line Petroleum.

He said that the meetings scheduled to conclude and begin the implementation of the agreement signed in 2021 would also see the directors of Line Petroleum meet with various government bodies and bankers.

The deal involves fuel imports for distribution in Zimbabwe and several countries in the region, which has already started amid revelations that ships have already set sail for Beira in Mozambique.

Line Petroleum has a fuel storage capacity of 50 million liters. However, it also distributes a range of products including automotive and industrial lubricants, greases, cleaners and degreasers and bitumen.

A total of 52 million euros ($64.5 million) has since been released to immediately start implementing the agreements with the Zimbabwean entity, which were first signed in April 2021.

In line with President Mnangagwa’s mantra Zimbabwe is open for business, which encourages investment in all sectors, the agreement also involves investment in mining and manufacturing.

The deal also signals the success of the Second Republic’s global re-engagement campaign and the thawing of relations between Zimbabwe and the West, which has maintained sanctions on Harare for nearly two decades, derailing many plans for potential investment of several million dollars.

Notably, like many countries around the world, Zimbabwe is bearing the full brunt of the impact of reduced and uncertain global supply and the fuel import deal will help stabilize supply and prices in the country, but also in the region.

It comes as global oil supply could struggle to keep up with demand in the future, as a resurgent Chinese economy comes as the world’s top exporter, Russia, continues to battle Western sanctions over its military operation in Ukraine, warned the International Energy Agency.

Mr King said he was excited about the partnership with SJ Global, noting that everything was now in place, including the immediate implementation of the offtake agreement and associated logistics.

“The signing and arrangement covers a number of areas, including fuel importation, mining and manufacturing. This year, directors of Line Petroleum and Unlimited Africa Holdings were invited to Dubai, in the United Arab Emirates, to conclude and launch the agreement to import fuel and finance all projects to the tune of 200 million pounds (244.4 million dollars).

“An (initial) disbursement of 52 million euros ($54.6 million) were made. The signing agreement went well and we will be working together as a joint venture, which is in line with the policy of the Second Republic to invite investors to Zimbabwe.

“So this project starts immediately with vessels leaving Dubai, going to Beira to be pumped into (the Feruka pipeline and distribution in) the region because the product that comes in will cover the whole region; DRC, Zambia, Botswana, Malawi and Zimbabwe, among others,” he said.

Mr King said SJ Global Oil Trading, with an asset value of $169 billion, was on track to become the largest private equity partner in Africa by the end of this year in terms of money he manages.

The company has a presence across Africa and recently expanded its tentacles into Zimbabwe through Unlimited Africa Holdings, which also controls Line Petroleum, Line Products and Services and Unlimited Exploration. United Arab Emirates and this is how Line Petroleum joined us, through SJ Glokal Oil Trading,” he said.

“In the joint venture, SJ Global is mainly involved in the financing and acquisition of materials and products since it is well positioned in the capitals of the world; it is headquartered in London, UK, and has offices around the world with a presence in approximately 32 countries.

“Their presence and representative in Africa becomes Unlimited Africa Holdings, which is a Zimbabwe-based and owned company,” he said.

Mr King said the deal with SJ Global could not have come at a better time given that the market is “bleeding” due to the war in Eastern Europe, which has caused erratic supplies.

He said his company hopes to seize this opportunity which will ensure stability of fuel supply in Zimbabwe and the rest of the SADC region where the fuel will also be marketed.

The company’s Chief Financial Officer, Mr. Paul De Haast, who is in Beira, Mozambique to receive the cargo of fuel from Dubai, said he was excited about the prospects of the deal’s potential fallout on Zimbabwe, the region and his company.

Don’t rely on vinegar to disinfect