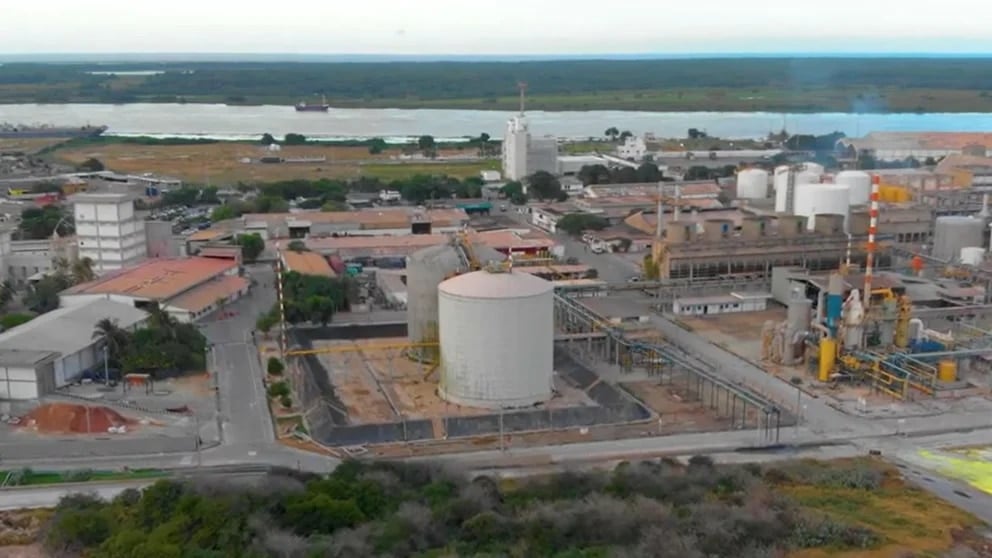 After Gustavo Petro took over as Colombian president on August 7, one of the issues that dominated the political scene was the eventual withdrawal of the Venezuelan government from the Monomeros company, which was one of Petro’s main proposals during of his election campaign and included was one of the demands made by President Nicolas Maduro.

Because it matters? The Monomeros company is a key element in the development of the Colombian economy, since it produces around 40% of the fertilizers needed for the agro-industry of the neighboring country, which is one of its main sources of income.

This industrial complex is key to ensuring the country’s food security, especially at a time when the war in Ukraine and COVID-19 have driven up fertilizer prices around the world.

Per year, the company has the capacity to produce 1.3 million tons of organic and inorganic material for mass planting.

Some reports indicate that monomeros can cover up to 46% of fertilizer distribution in Colombia and more than 70% of demand for agricultural chemicals needed by potato, coffee and palm growers.

The caustic soda, phosphoric acid, ammonia and other fertilizer products produced have been exported to more than 50 countries, including some: Barbados, Bolivia, Costa Rica, Dominican Republic, Trinidad and Tobago, Panama, Peru and Ecuador.

Through Nutrimon and Ecofertil products, Monomeros provides fertilizers with the productivity that farmers need in their crops to make their business profitable and guarantee the quality of their harvests.

Likewise, the company provides sustainable technical support to farmers to implement their nutrition programs, always based on the best plant nutrition practices.

The company has its own dock in Barranquilla, which facilitates low transportation costs for buyers. Likewise, it operates with two petrochemical complexes: one located at the mouth of the Rio Grande de la Magdalena; and another in Buenaventura, a Colombian port on the Pacific coast, a leader in foreign trade.

As for the industrial complex of Barranquilla, it covers approximately 52 hectares with 23 production plants installed.

At the same time, the Buenaventura plant doubled its compound fertilizer production capacity, while its storage capacity reached 40,000 tonnes.

According to data from Colombia’s Superintendency of Business, Monomeros was ranked 128th out of that country’s 1,000 largest companies in 2019 (before being acquired by the conglomerate led by Juan Guaidó). In his field, he was considered one of the eight best in the Caribbean region.

According to the official Monomeros portal, it generates more than 600 direct jobs and more than 1,300 job opportunities through service providers.

Origin and development. Monomeros Colombo Venezolanos was established in 1967 as part of a bi-national integration initiative to take advantage of Venezuela’s potential as a supplier of raw materials and Colombia’s experience in the textile industry.

In December 1967, the public deed of incorporation of Monomeros de Colombia was registered as a limited liability company, with the initial participation of the former Industrial Development Institute, the Colombian Petroleum Company (Ecopetrol) and the Venezuelan Petrochemical Institute, later known as Pequiven. has been called

The following year, notably on June 12, the Dutch company Stamicarbon became a shareholder, the corporate name was reviewed and the legal form of the company became Monomeros Colombo Venezolanos.

On May 5, 1971, the first facilities of the complex were inaugurated in the city of Barranquilla, but in 1972 the final assembly of the factories was concluded, which allowed the company to begin operations. Commercial activities began on June 20, 1973.

On February 14, 1985, taking advantage of the advantages offered by the Cartagena Agreement, the company was transformed into an Andean multinational, and then opened a branch in Venezuela, enjoying the advantages of being considered a company of national rank. was raised.

In 1990, Monomeros Colombo Venezolanos was linked with the Danish shipping company Clipper and as a result of this alliance, the shipping company Compass Rose Shipping Ltd was created, which provides a dedicated freight service from Northern Europe, Scandinavia, the United Kingdom to Colombia and Venezuela. , Spain, the United States and West Africa.

On March 9, 2000, a stake in the company Vanillon, founded in 1960, manufacturer of nylon and polyester filaments, which closed its doors in February 2012.

On August 7, 2002, it acquired Cargill Company, now known as Ecofertil. It is dedicated to the production and marketing of simple and compound fertilizers.

On April 18, 2006, Monomeros took a turn when Ecopetrol and Instituto de Fomento Industrial sold their stake to Pequiven. On December 21, 2006, Pequiven purchased shares in the Dutch company Koninklijke DSM. With this last operation, the participation of Pequiven completed 100% of the capital.

The anger of Guaidó and Duquen

In 2019, following a “self-declaration” by Juan Guaidó as “interim president”, the country’s major assets abroad, including US-based companies Citgo and actions aimed at take over the management of the Monomeros A series have begun. , is found in Colombia.

The action was supported by the then presidents of the two countries, Donald Trump and Ivan Duque respectively, as well as the countries of the European Union. On March 19, 2019, the National Assembly, held in contempt by the TSJ, appointed an ad hoc board of directors headed by John Bilbao.

The theft of Monomeros, perpetrated by “Guidosystus”, allowed the Trump administration to free itself from the blockade imposed in 2018 and to begin financial operations without sanctions.

From then on, the company started to make significant losses and was subject to an intervention by the Superintendent of Companies in September 2021.

Quince offers room for all with a 4-bedroom design