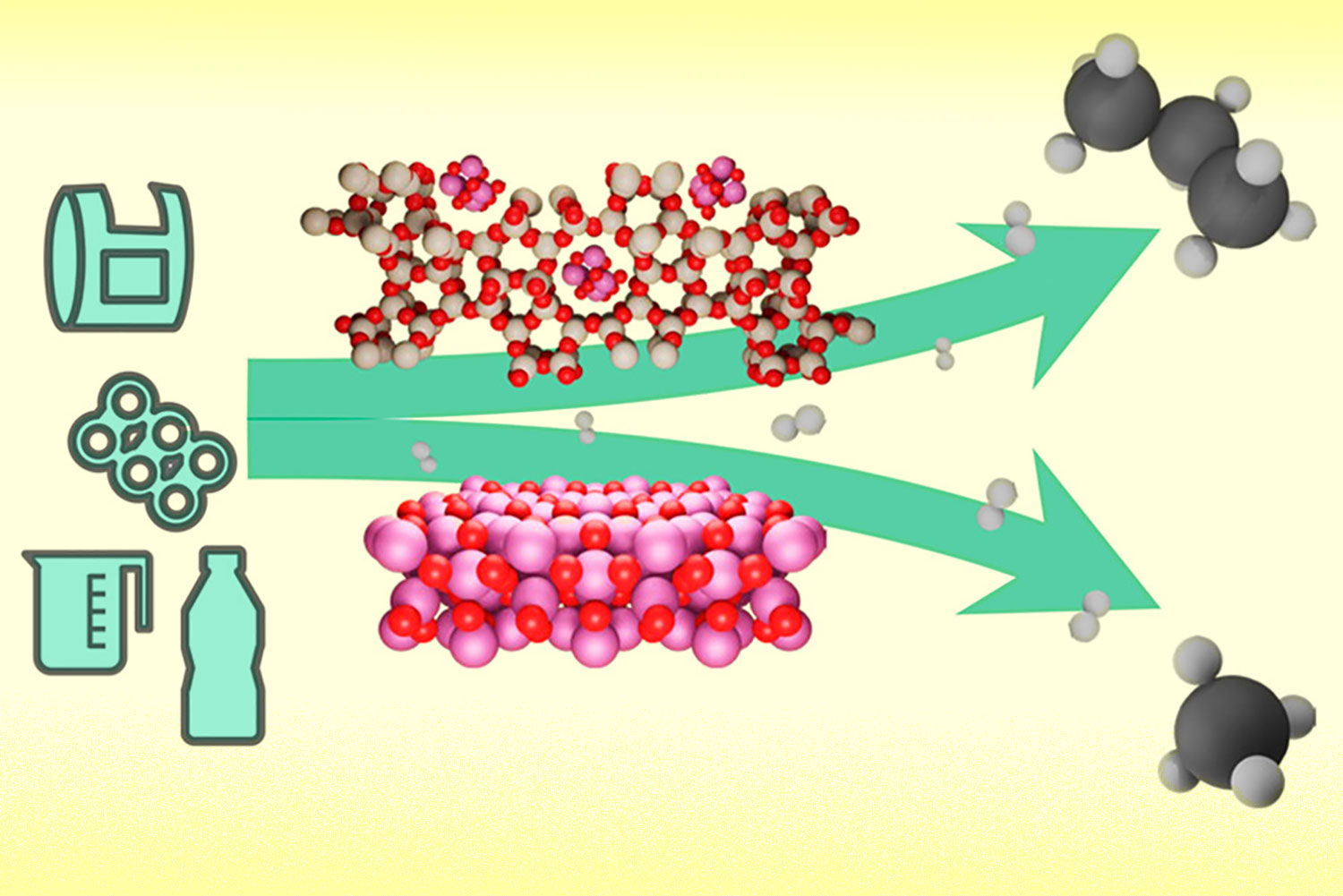 The accumulation of plastic waste in the oceans, soils and even in our bodies is one of the major pollution problems of modern times, with more than 5 billion tons eliminated to date. Despite considerable efforts to recycle plastic products, utilizing this motley mix of materials has remained a challenge.

A key issue is that plastics come in so many different varieties, and the chemical processes to break them down into a form that can be reused in some way tend to be very specific to each type of plastic. Sorting through the hodgepodge of trash, from soda bottles to jugs of detergent to plastic toys, is impractical on a large scale. Today, much of the plastic collected through recycling programs ends up in landfills anyway. Surely there is a better way.

According to new research from MIT and elsewhere, it seems there may be a much better solution. A chemical process using a cobalt-based catalyst has proven to be very effective in breaking down a variety of plastics, such as polyethylene (PET) and polypropylene (PP), the two most produced forms of plastic, into a single product , propane. The propane can then be used as fuel for stoves, heaters and vehicles, or as a raw material for the production of a wide variety of products – including new plastics, thus potentially providing at least one recycling system partially closed loop.

Recycling plastics has been a tricky problem, says Román-Leshkov, because the long-chain molecules in plastics are held together by carbon bonds, which are “very stable and difficult to break.” Existing techniques for breaking these bonds tend to produce a random mixture of different molecules, which would then require complex refining methods to separate into specific usable compounds. “The problem, he says, is that there’s no way to control where in the carbon chain you break the molecule.”

But to the researchers’ surprise, a catalyst made of a microporous material called zeolite containing cobalt nanoparticles can selectively break down various plastic polymer molecules and turn more than 80% of them into propane.

Although zeolites are riddled with tiny pores less than a nanometer wide (corresponding to the width of the polymer chains), a logical assumption was that there would be little interaction between the zeolite and the polymers. Surprisingly, however, the opposite turned out to be the case: not only do the polymer chains penetrate the pores, but the synergistic work between the cobalt and the acidic sites of the zeolite can break the chain at the same point. This cleavage site was found to cleave exactly one molecule of propane without generating unwanted methane, leaving the rest of the longer hydrocarbons ready to undergo the process again and again.

“Once you have this single compound, propane, you reduce the burden of downstream separations,” says Román-Leshkov. “That’s the essence of why we think it’s very important. Not only are we breaking ties, but we’re essentially generating a single product” that can be used for many different products and processes.

The materials needed for the process, zeolites and cobalt, “are both quite cheap” and widely available, he says, although today most cobalt comes from troubled areas of the Democratic Republic of Congo. New productions are being developed in Canada, Cuba and elsewhere. The other material needed for the process is hydrogen, which today is mainly produced from fossil fuels, but can easily be made by other means, including the electrolysis of water using hydrogen. carbon-free electricity, such as solar or wind power.

The researchers tested their system on a real example of mixed recycled plastic, producing promising results. But further testing will be needed on a wider variety of mixed waste streams to determine the amount of fouling due to various contaminants in the material – such as inks, glues and labels attached to plastic containers, or d other non-plastic materials that mix together. with the waste – and how this affects the long-term stability of the process.

Together with collaborators from NREL, the MIT team also continues to study the economics of the system and analyze how it can fit into current systems for handling plastic and mixed waste streams. “We don’t have all the answers yet,” says Román-Leshkov, but the preliminary analysis looks promising.

The research team included Amani Ebrahim and Simone Bare of SLAC National Accelerator Laboratory; Jie Zhu, Anna Brenner, Griffin Drake and Julie Rorrer at MIT; and Greg Beckham at the National Renewable Energy Laboratory. The work was supported by the U.S. Department of Energy (DoE), the Swiss National Science Foundation, and the DoE’s Office of Energy Efficiency and Renewable Energy, Office of Advanced Manufacturing (AMO) and the Bioenergy Technologies Office (BETO), as part of the Bio-Optimized Technologies to keep Thermoplastics out Landfills and the Environment (BOTTLE) consortium.

I’m a laundry expert, there’s an easy way to save money on every load…and you’re also using fabric softener incorrectly