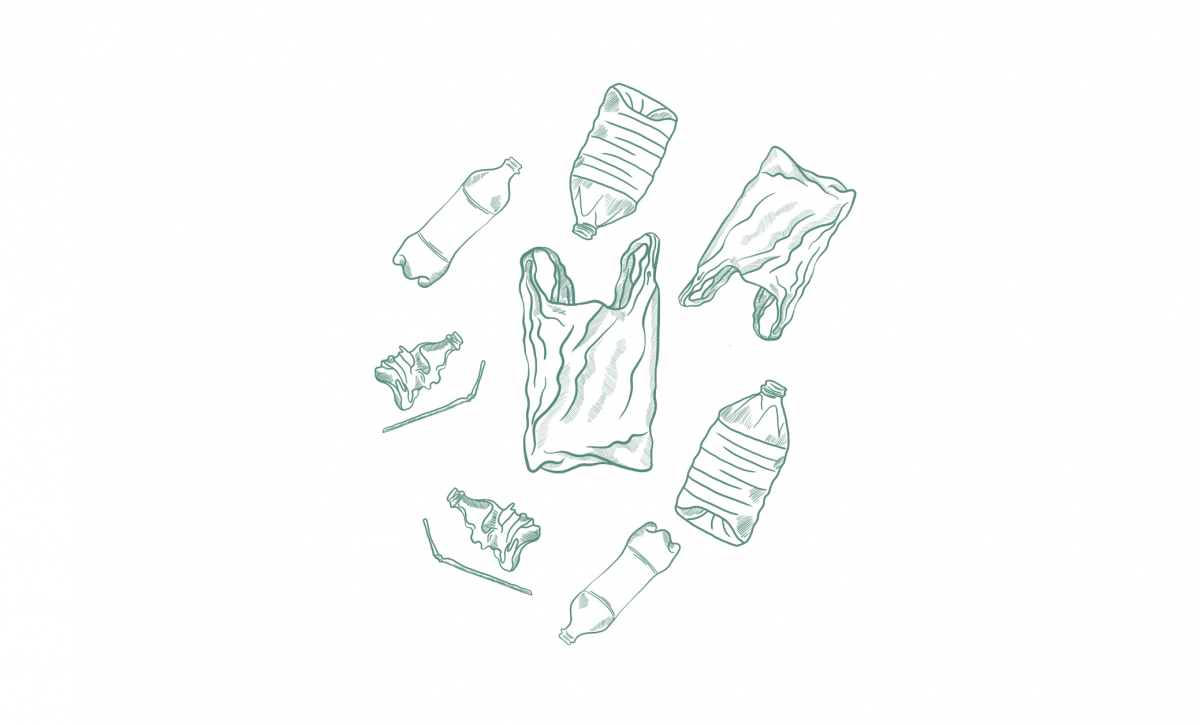 The battle continues for a greener future

From September 27 packing groceries with a non-reusable plastic bag is no longer possible in Montreal.

Your local takeout restaurant offered you food in a paper bag, along with recyclable utensils, while Starbucks gave you one of its green paper straws.

The changes came after a government decision was adopted in June. The Canadian government has announced a ban on certain single-use plastics: plastic bags, straws, cutlery, catering dishes and stir sticks. According to governmentthe ban will prohibit the manufacture and import of these six items from December 20, and a year later will ban its sales altogether.

It is important to note that the Montreal ban is separate from the Canadian national ban. The rule applies to all 19 boroughs from the city.

According to Sarah King, head of the oceans and plastics division of Greenpeace, the six prohibited items are not enough. She explained that in the short term, bottles, cigarette filters, cups, lids, wrappers and multi-layer wrappers should be added to the list.

The plastic bag was established in 1965 by Swedish engineer Sten Gustaf Thulin. It aimed to reduce the use of paper bags and help save the environment. Despite its seemingly good intentions, countries began banning it completely 57 years after its invention, Canada being one of them. Additionally, the UK, France, Spain, India, Kenya, Bangladesh, Zimbabwe, China and Australia are also on the way to a more sustainable future. The United States only lists California, Delaware, Connecticut, Maine, Hawaii, Oregon, New York and Vermontas as states enacting the same ban.

As the Canadian government website reports, three million tons of plastic waste is thrown away every year. Only eight percent some waste is recycled, while the rest ends up in our landfills, waste-to-energy centers or abandoned, polluting the environment and various ecosystems. In addition, Canadians use almost 15 billion plastic bags every year, and nearly 57 million straws every day.

“We can’t recycle our way out of this,” said Antony Merante, the plastics campaigner at Oceane.

Merante advocates for better regulations, policies and practices that eliminate unnecessary single-use plastic in the country. Among the solutions, Oceana is pushing for a reuse-refill system.

Widely used in Germany, Mexico, Chile and Brazil, the system ensures that less waste is produced. The recharge and reuse system has become an economic sector, providing more jobs in the field, with a focus on sustainability, Merante explained. “Essentially, when you take a bottled drink and then return it, it will be cleaned and refilled,” he said. Instead of recycling the item or throwing it away as waste, “it becomes a closed-loop system,” Merante added.

Although Canada appears to be moving in the right direction, Merante said the government promotes many false solutions, such as recycling chemicals. “Basically, it burns plastic,” he explained. He went on to say that chemical recycling creates a lot of pollution, toxins released into the air, water and soil. This significantly less expensive method is used by major plastics companies as a simple way to say they don’t have to switch products.

King agrees, adding that the government perpetuates the recycling myth.

“We need to see the federal government talking about the need for an overall plastic reduction, the need for real solutions that aren’t focused on recycling,”
– said the king.

If we don’t stop using plastic, the consequences will be serious. Disposable plastics are not biodegradablethey simply break down into microplastics that continue to contaminate the environment, especially in the oceans.

“The ocean is the center of most of the planet’s food web,” Merente said. “It’s essential not to think that plastic isn’t leaching into the ocean and affecting us, because it is.” People consume five grams of microplastics per week, the equivalent of a credit card.

However, the responsibility for a more sustainable future also lies with the consumer.

Concordia has laid stones in its sustainability efforts. One of their initiatives is the Concordia Precious Plastic Project. CP3 is a student-run organization that strengthens the university’s plastic waste management by recycling plastic on-site and raising awareness of the plastic crisis. They collect, wash, grind and shape new products from previously recycled materials.

The main objective of CP3 is to recycle plastics at Concordia. In addition to the help of the residents and staff of the Gray Nuns, who allowed them to use the basement of the building as an office, they also opened a community collection center, in the same building, where Concordians can recycle their plastics. In 2021, the organization reported 27 kilograms of diverted plastic waste, $62,118 in funds raised and several items and projects working towards their mission to reduce plastic on campus.

Their most popular item is earings made from recycled shampoo containers and laundry detergent bottles.

Correia has been on her sustainability journey for four and a half years, after becoming a vegan. “It made me care more, not just about animals, but about sustainability and the planet as a whole,” Correia said.

With help and financial support from the SHIFT Center for Social Transformations, Concordia University Center for Creative Reuse, Sustainability Action Fund, and Zero Waste Concordia, the organization has been able to grow into a workspace and develop their initiative.

Nevertheless, there is still much to do. According to the CP3 mentor, Concordia can improve its transparency because the university has not been open enough about how it disposes of its waste. “I don’t even know where Concordia’s waste goes,” Correia said. University-based website, 40% of the establishment’s waste can be composted. However, the destination of this waste is unknown, due to lack of information on the website.

To pursue its mission, the organization is trying to accelerate its growth. “We hope for more support from the university,” the CP3 representative said. Besides a $20,000 Concordia Council on Student Life Funds they received from the Dean of Students in 2020, CP3 needs more help. The aim of the organization is to be institutionalized to further expand its reach and impact.

CP3 recruits members to help them develop their initiative.

On November 26, the United Nations hosts an intergovernmental negotiating committee Meet in Uruguay. The meeting will be a multi-part discussion, aiming to facilitate the exchange of information and gather views from different stakeholders across the life cycle of plastics.

King said society is at a time when it has a convergence of environmental crises. “We have the biodiversity crisis, the pollution crisis, the climate crisis, fossil fuels and our overreliance on extraction is really driving those crises,” King said, “So hopefully the, it will be a time when we can start moving in a better direction globally,” she added, encouraging Canada to make the right environmental decisions for the country.