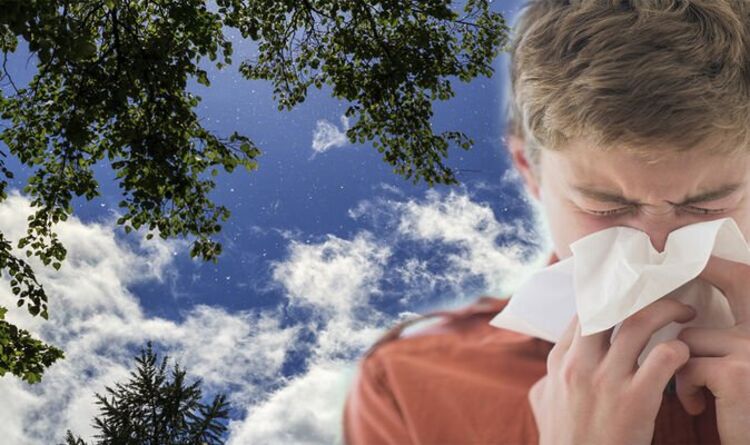 Pollen counts in South East London, the East, South West England, East Midlands, Yorkshire and the Humber would be high today. According to the Met Office, this includes ash, oak, plane and birch.

In the UK, hay fever is most likely to affect people in May, June and July, which is grass pollen season.

Grass pollen is the variety to which most hay fever sufferers are allergic, although people can also have symptoms in spring and late summer if tree pollen or weeds herbs triggers their allergies.

Pollen is made up of tiny particles that are released by plants and trees as part of their reproductive cycle.

It is an extremely fine powder and is spread by insects and wind.

Pollen can cause significant irritation and inflammation in people who are allergic to it.

Depending on the time of year, the type of pollen in the air will be different.

There are about 30 different types of pollen that cause hay fever and it is possible to be allergic to more than one type.

“Hay fever symptoms usually appear when the pollen count, which is a measure of the number of pollen grains in a cubic meter of air, exceeds 50,” the Met Office said.

The site added: “Weather conditions affect the amount of pollen released and dispersed.

“On sunny days, the pollen count is highest in the early evening and that’s when you’re most likely to suffer from hay fever symptoms.”